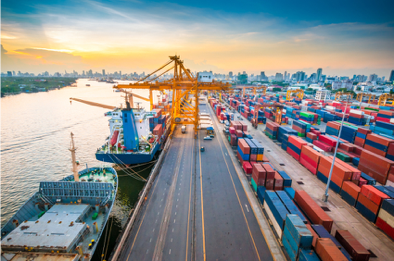 A major multinational manufacturer of agriculture and construction equipment wanted to establish itself as the industry leader in promoting the benefits of trade to influence major public policy discussions.

With two important near-term objectives (re-authorizing the U.S. Export-Import Bank and promoting Trade Promotion Authority to fast track two major trade deals under negotiation), the client wanted a campaign that was effective at galvanizing the attention of the public, industry peers, and policymakers on these issues.

Sphere managed the development and rollout of a much-lauded trade education campaign using multiple print and digital platforms to reach company staff, their families, and suppliers, while strengthening relationships with industry partners and key policymakers.

Developing an effective campaign:
Sphere worked with the client to devise effective channels and messaging targeted towards key internal and external stakeholders. The messages – packaged through videos, events, and other formats – were designed to raise awareness of issues that many stakeholders overlooked, while also connecting constituents to the impacts of their policymakers’ actions on their communities.

Engaging on Multiple Platforms:
Sphere managed production of the campaign via a variety of vehicles, including both print (a supplier brochure, a ‘digital trade toolbox’, and campaign literature) and digital (a new website, videos, a mobile app, a free mobile game, and social media outreach).

Leveraging Coordination with Key Partners:
Working with partners from within the industry, on Capitol Hill, and at key government agencies, Sphere helped both to draw attention to the client’s efforts and to leverage the campaign to increase focus these issues.

Sphere helped to establish the client as a thought leader and trusted expert with government decision makers and other stakeholders.